I have some very exciting news to share with you. Last week I met with my doctor to go over my latest CT scan results. (If you are new to my blog or didn't catch my last post, I have Stage IV - metastatic - breast cancer. I was diagnosed in 2013, after eight years in remission from early-stage breast cancer.) The scan showed that the current treatment I am on is working, that my tumors are stable (no new growth) and a tumor in my liver that had reared its ugly head last year is now GONE.

Yay! Thank you for your prayers and words of encouragement. My doctor told me that he had been very worried last year when the cancer had gotten into my bone marrow, because apparently, when it's there, patients generally don't have long. (I had some pretty scary weeks in June and July when the cancer was pushing the calcium out of my bones into my blood stream [hypercalcemia], and I spent 12 days in the hospital over three different stays.) He said he was surprised I had been able to overcome that. When your doctor tells you something like that, the bottom drops out. It took me several days to process that information.

I think prayer has a lot to do with it. A friend told me once that she hoped I didn't mind that she would not pray for me. She said she didn't think God had time to worry about just one person, when there are so many bigger problems in the world. I had to stifle a little laugh, and resist saying, "Are you kidding me? Really?" But I love my friend, I love the way she sees the world and her courage to speak her mind, and I can see where she's coming from. I am just one person. I also, however, think about the story of the boy who was on the beach putting starfish back in the water. There were hundreds of them upside down, washed up on the shore, and they were going to die. An old man came up to the boy and said, "Why do you bother? You're not going to make a difference." The boy replied, "I can make a difference to this one," and he picked up another starfish and put it back in the water.

So thank you for your prayers, your kind words and your thoughts. We all need some good juju.

On to the stitching!


The first project I want to show you is from an old issue, April 2005, of Just Cross Stitch magazine. The design is by Gail Bussi. It was soooo much fun to stitch, and the overdyed threads were just yummy. I found a frame on clearance at Michael's for three bucks (score!) and actually *enjoyed* framing this myself. A lot of you awesome peeps gave me some good direction on how to solve my framing issue with the excess fabric on the back. Between some tips in old issues of Cross Stitch & Country Crafts magazine and Vonna at The Twisted Stitcher, I was able to tame that beast! 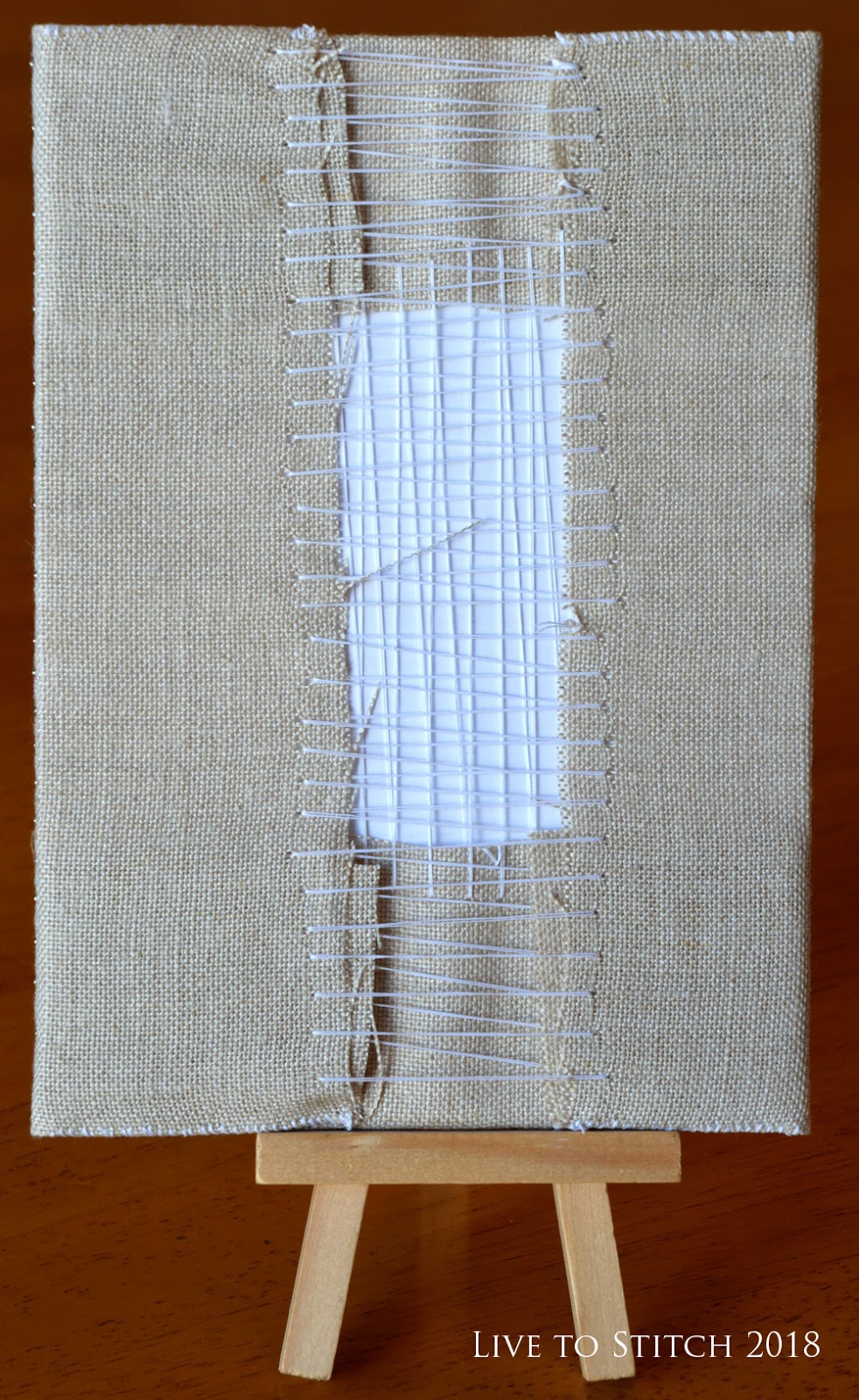 I'm new to the "lacing method" of stretching the linen to frame, so if you see some shoddy work and want to point out my mistakes, please bear in mind this was my first (successful!) attempt. Practice makes perfect! 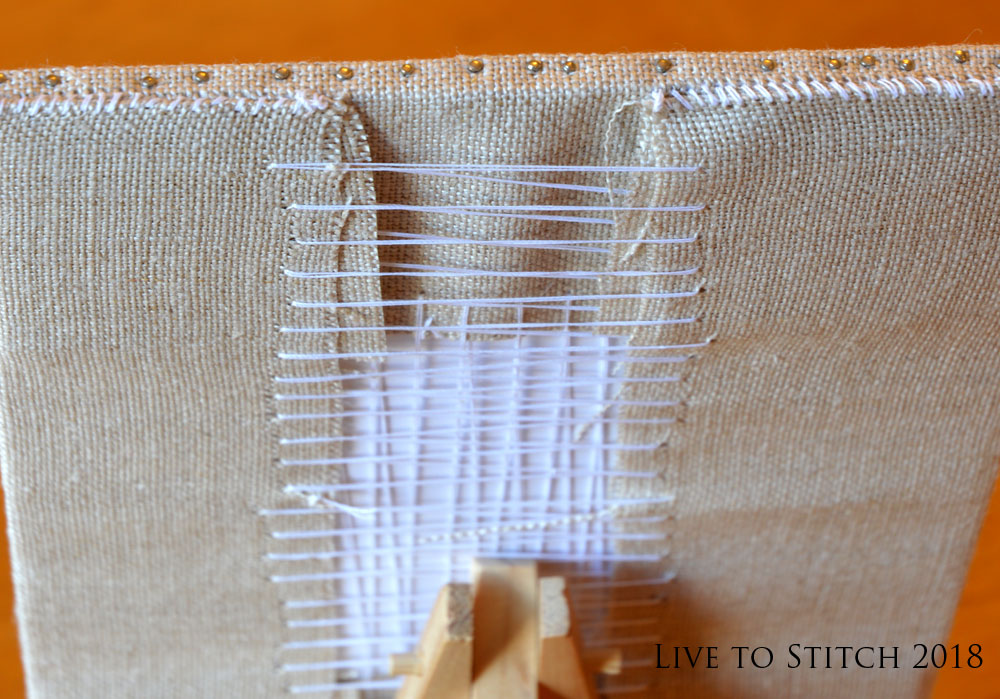 I used 1/2" sequin pins to secure the linen to 3/8" foam core, then stitched down the corners, and finally, laced the back with quilting thread. Some say to remove the pins in case they later rust, but we live in an arid climate, and I wasn't very worried about that.

I'm so happy with how it turned out! I'm feeling more confident about something that, just a few short weeks ago, totally intimidated me.

This piece, Friends & Flowers, is for a friend who surprised me several times last year with meals and a gift card. (I am blessed with a lot of wonderful friends who have supported my family through the rough times, and I plan to do something for all of them, but this is where I chose to start.) The funny thing is, this person hasn't always been that close to me, so it really took me by surprise when she showed up with a hot meal. That's the funny thing about cancer, I've learned. People who you think will be right there next to you suddenly seem to disappear, and people you never thought liked you that much are there, bringing you food or sending you cards and notes. I think sometimes people just don't know what to say or how to act, so they stay away out of fear of doing or saying the wrong thing. I certainly fall into that category.

I have quite a few projects done, waiting to be finished, so I wanted to stitch something quick that wouldn't require any finishing. I found a package of six pre-finished bookmarks at a second-hand store for two dollars. I think these things normally sell for two or three bucks apiece, so I got a very good deal!


The bookmark design was intended for a 14-count bookmark, and these were 18-count, so the design is a little small on the bookmark, but I think it still looks sweet.

That's all for now. Happy stitching! And please know that I love and appreciate all of your kind words and your prayers. Looking forward to getting to know you!
at January 22, 2018